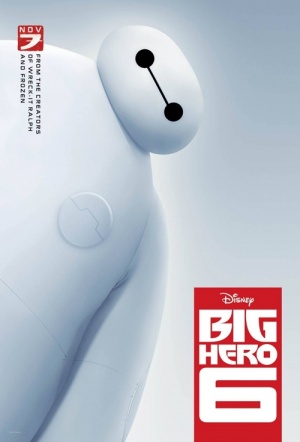 From Disney Animation comes this family superhero sci-fi, based on the 1998 Marvel comic book series, set in the high-tech city of San Fransokyo. A brilliant young robotics prodigy and his self-made robo-pal Baymax join forces with a team of first-time crime fighters in order to save the city from a dastardly criminal menace. Features the voices of T.J. Miller (How to Train Your Dragon) and Maya Rudolph (Bridesmaids). Winner of Best Animated Feature at the 2015 Academy Awards.

There's enough that's new and different about "Big Hero 6" to get excited about, especially for those still too young for Marvel's more intense live-action fare.

The animation is fluid and inventive, balancing action and slapstick with aplomb.

A melding of old and new modes of animation, in which the attentive artistry of the past coexists with the hyper-detailed, computer-generated present.

It ultimately amounts to a feature-length origin story, but with characters this unknown and execution this fun, that’s an asset, not a liability.