Review: Beyond the Known World

One Star Too Many

Quite the worst film I've seen in years, and only the third I've ever walked out on.Director Pan Nalin has the critically acclaimed ,and beautifully and sensitively directed "Samsara" to his credit, but this..well!! With the potential to be a gripping thriller, as separated parents travel to India to find their missing daughter, Mr Nalin turns out to be no Costa-Gavras whose superb "Missing" with Jack Lemmon has a similar theme."Beyond the Known World" is shot and presented in technicolour travelogue -style. Unlike "Lion" and "Slumdog Millionaire" , this is sanitized India -no squalor and grime . The parents, uncertainly and unevenly played by David Wenham and Sia Trokenheim, meet caricatures of ex-pat hippies as they bitch their way into the hinterland. Bitchy, for the film has a script constantly sniping at each other, and for the long suffering viewers to endure. It lacks a sense of foreboding, tension and suspense, and I can only guess that there is an ending climax of some sort, having vacated the cinema with 45 minutes still to go as Sia leaps onto David seeking orgasm . ReallY??11 The problem is feeling no empathy with the parents or caring not a jot if they find their daughter dead or alive. Our New Zealand Film Commission blew its money on this one . Save yours. 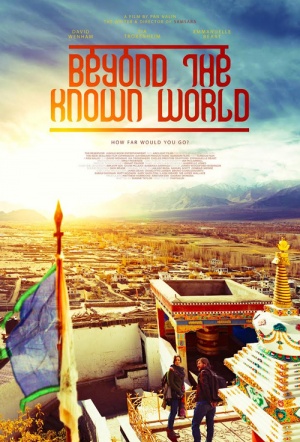 Beyond the Known World