The Sound Of Madness

I walked into "Berberian Sound Studio" with only the knowledge that Toby Jones played Arnim Zola in the film "Captain America: The First Avenger".

With only this, it was always going to be an odd and mysterious adventure for me to take through the landscape that is "Berberian Sound Studio".

This is the tale of Gilderoy, a British Foley artist who is tasked with completing sound for the Italian giallo film, The Equestrian Vortex.

As the production takes longer and longer to reach it's end, Gilderoy's world starts to unravel.
That buzzword, "sound" stings you from the start. As the screen sits devoid of movement before the first scene rises, its genius through audio shines from the get-go, succeeding in the director's task of hiding the film Gilderoy is working on, and instead focusing on what happens behind the scenes.

Each crushed watermelon, glass smashed, scream heard, is a harrowing moment as it forces the audience to imagine what could be occurring on the screen Gilderoy is producing the sound for.

But it's not only the unseen that is so frightening, but the small moments we will all experience throughout life such as footsteps heard, crickets humming in the night and a match being struck to light a candle that grate at you as the film goes on.

While the soundscape itself is brilliant, the imagery delivered is just as good. A mess of sorts at times, it acts as a metaphor for the current mental-state of Gilderoy, and will throw you around like a washing machine.

The dialogue is strong, delivered wonderfully by the cast on hand. Toby Jones is fantastic as Gilderoy, showing the loneliness of a person in another country who steadily walks into the throws of madness. His Italian co-workers, whose role is almost implied to be something of comic relief, remove you from what is happening with Gilderoy's mind, just so when something else happens within, it grabs at you, pulling you toward the same experience Gilderoy is going through.

At the end, I was drained and many questions were raised without easy answer. And though I initially walked out displeased with the film, as I thought about the film afterwards it had dawned on me that this film requires the viewer to process so much more outside of their initial viewing, as they must do while watching it.

It is a maddening ride, and I feel that is the whole, beautiful point of it all. 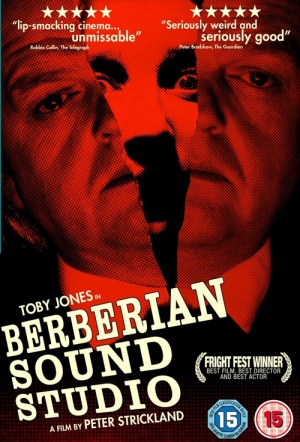