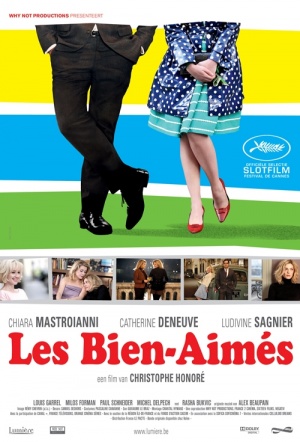 "In Paris, 1964, carefree young escort Madeleine (Ludivine Sagnier, The Devil’s Double) falls for and marries a suave Czech doctor Jaromil (Rasha Bukvic), leaving Paris for Praque. 30 years later we follow Madeleine’s daughter, Vera (Mastroianni), a lovely but reckless young woman whose romantic life is no simpler than that of her mother. She has a sometime-lover Clément (Louis Garrel) but on a trip to London falls for an American (Paul Schneider), a man who’ll prove incapable of devoting himself to her. Meanwhile in Paris, a re-married Madeleine (now played by Deneuve) has rekindled her love affair with Jaromil (now played by Milos Forman)." (French Film Festival 2011)