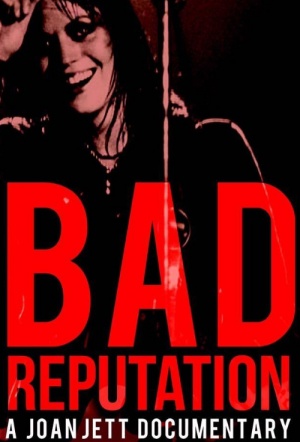 Documentary on rock n roll icon Joan Jett, who captivated music fans in The Runaways and then took her career into her own hands leading Joan Jett & the Blackhearts. Jett tells her life story alongside archival footage and interviews with the likes of Kathleen Hanna, Iggy Pop, Deborah Harry, Billie Joe Armstrong, Michael J. Fox and more.

"As a 13 year-old wannabe guitarist, Jett was told “girls don’t play rock ’n’ roll” – how wrong that guy was! A founding member of The Runaways, she always preferred to talk about the music, rather than the fact it was an all-girl line-up. It was her way of derailing misogyny. After the band split she formed Joan Jett & the Blackhearts, and their 1982 recording of I Love Rock ’n’ Rollstayed at number-one for eight weeks, triggering a world tour. These are the facts, but what it doesn’t show is just how hard she worked to achieve her fame. Her no-bullshit attitude and proto-punk flair (Kristen Stewart played her on-screen in The Runaways in 2010) continue to inspire generations of musicians." (Sydney Film Festival)