More fan service than anything else, but the best end you could hope for

This is it. Directed by the Russo Brothers, Avengers: Endgame is the culmination of 22 films across eleven years. With the expectation of winding up any loose ends from any remaining storylines, as well as trying to provide meaningful roles for every character, this was always going to need to be a carefully orchestrated film. They do it so well; even with all of the constant hype and fan theories bounding around, they manage to throw in more than a few absolute surprises.

I hate when a trailer gives away the entire plot of a film, and Marvel's marketing department did a brilliant job, only using scenes from the first 20 or so minutes of the film to promote it. While for many films that would still be a large portion of the content, Endgame is just over three hours long, so there is so much that has been successfully been kept under wraps.

Despite the marathon runtime, Endgame is surprisingly well paced. The first act is a bit slower, but considering how Infinity War ended, it's really necessary if you want the films to be consistent. The slower patch isn't a bore though as it brings in so much character development, and then boosts the comparative energy of the following acts.

Consistency is something that we have come to expect from Marvel's Cinematic Universe, and I'm pleased to say that the Russo Brothers provide the payoffs that we were expecting and so many more that we weren't. If you have been rewatching the previous 21 MCU films, you will have an even greater appreciation for the amount of fan service that has been cohesively added into the script. I would say that there are so many easter eggs and references in this film, but what becomes abundantly clear, is that this is not referencing other films. The entire MCU is a single cinematic piece, and each little nod is actually further character development.

While Infinity War was more action-oriented, Endgame focuses more on the emotional impacts and using the traumatic loss to really bring the humanity back to these heroes. We are constantly reminded that our heroes are fallible, and knowing that this is the big finale of the story arc, it means that any character could find their head on the chopping block. No one is safe, and that sense of hopelessness really feeds into the tension and suspense.

It all feeds into the third act, and what an act. The scale of the visual effects and the extent of the choreography is indescribable. Practically every present character is given an opportunity to shine, and the female representation is definitely up a notch with both sexes kicking ass. With so many characters and story arcs, mingling together, the film does struggle to maintain its footing in the final act, and the breadth and scale of the scenes lead to many impactful scenes getting skipped over very quickly.

As far as specific characters go, Hawkeye finally gets his dues. It may have taken four appearances to get here, but his arc has such emotional strength to it, and it hooks you right in. Captain Marvel is also a much better-balanced hero in Endgame. While her OP status doesn't get nerfed, we finally get to see limitations. Iron Man and Captain America have some incredibly emotionally provocative story arcs, but I won't go into it as I wish to avoid spoilers.

A great companion-piece to Infinity War, Endgame is much more focused on the Avengers side of things, with an almost grounded first half that harks back to the earlier MCU films. The dark tone is balanced with regular bouts of comedy (Chris Hemsworth manages to find yet another dimension to Thor's character), and it holds your attention throughout. There's no time for a toilet break, and you'll find yourself shushing any whisperers or talkers in the cinema as you scramble to take in every line of dialogue. The scope of the film is huge, emotions run high (there is a high probability people will be chopping onions in the theatre, so bring some tissues), and the payoff is incredibly satisfying. 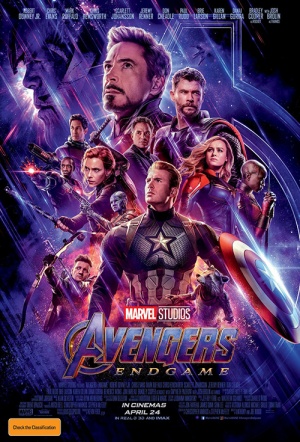