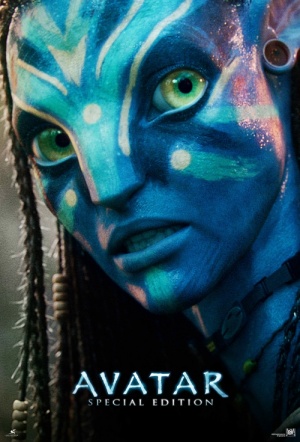 Avatar returns for a limited time in 3D: a special edition with eight minutes of never before seen footage, including new creatures and action scenes.

In 2154, humanity has discovered the planet Alpha Centuri B-4, a world of not only unimaginable treasures and resources, but also deadly life forms. Those who attempt to use the resources for their own personal gain risk not only the new planet fittingly dubbed Pandora, but also the future of earth itself and all who inhabit it.

Says Mr James Cameron: "Audiences repeatedly told me they wanted more of Pandora, and wished they could have stayed there longer. So we’re making that possible. Avatar: Special Edition will be exclusively in 3D, and will have eight minutes of never before seen footage, including new creatures and action scenes. Whether you already love the movie, or you've never seen it, with this Special Edition, you'll be seeing it like never before."