Actually a rather fun and mature film - quite a relief after the controversial departure of original helmer and fan-fave Edgar Wright. The catch-all term "creative differences" left many wondering if incoming director Peyton Reed - a newcomer to the genre to boot - would deliver, and, for the most part, he certainly has. The little touches (no pun intended) are where the film really shines - a couple of lip-synced recap sequences perfectly encapsulate the film's punchy energy and a dramatic train-top battle revealed to be taking place on a Thomas the Tank Engine playset is actually rather sweet. Tied together by a fantastic turn by Paul Rudd, Ant-Man is one of Marvel's best so far. 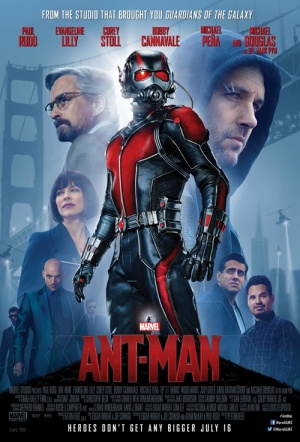