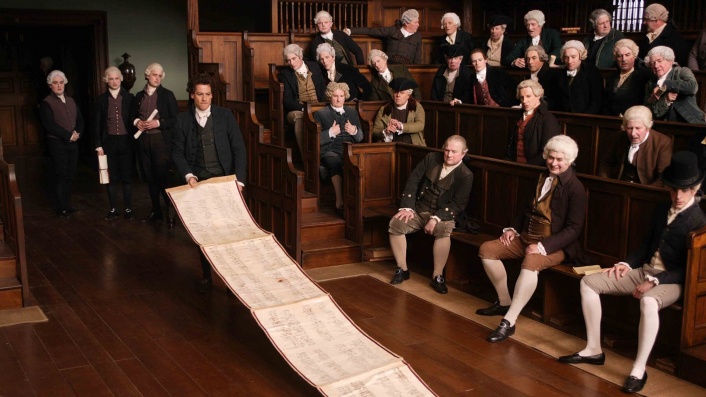 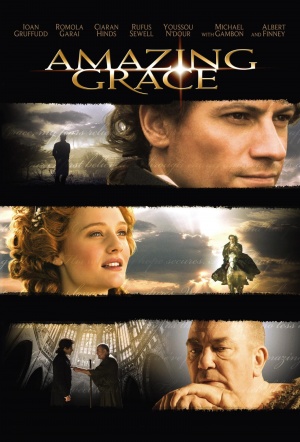 Biopic of English politician William Wilberforce who, in the 18th Century, fought to abolish slavery in the British Empire.

After 15 years on the job - facing bigotry amongst the old guard, and politicians intent on protecting self interests - the young, idealistic, Wilberforce (Gruffudd) has got old quickly and fallen ill. All but given up, he meets his soon to be wife (Garai) whose love and support reignites his passion. And so he trudges back to Parliament, rallies his supporters, and sets out to pass the bill in hope of outlawing slavery at home and aboard in the West Indies.

Picture reflects the no-nonsense storytelling skills of prolific helmer Michael Apted, whose career-long mix of feature and documentary work holds him in good stead once more...

For such a compelling true story the film was strangely ineffectual, and while it held my interest for the most part, it failed to really engage me...

There's so much story here that the characters don't have quite enough room to breathe, but it's still a fascinating look at a time, and a man, worth remembering...

This moving tale is peopled with numerous fascinating characters, and is surprisingly affecting for what is largely a political drama set in the House of Commons. It manages to entertain, uplift and teach with a minimum of preaching...

Accessibility is one of the movie's virtues: without dumbing down, it makes the workings of Parliament seem as gripping as a good suspense thriller...