A Second Chance (En chance til) 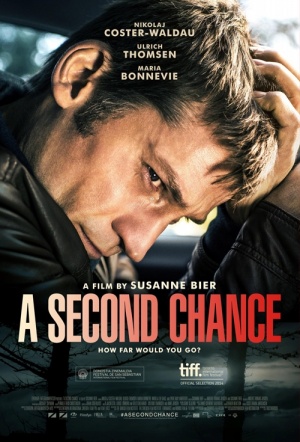 Nikolaj Coster-Waldau (Headhunters) and Ulrich Thomsen (Festen) lead this Danish drama from director Susanne Bier (In a Better World) following two detectives – one married and happy, the other drunk and single – who receive a seemingly standard case that ends up stirring their partnership and sense of justice.

Detectives and best friends Andreas (Coster-Waldau) and Simon (Thomsen) lead vastly different lives; Andreas has settled down with his beautiful wife and son; while Simon, recently divorced, spends most of his waking hours getting drunk at the local strip club. When they are called out to a domestic dispute between a junkie couple, caught in a vicious cycle of violence and drugs, their focus sharpens.