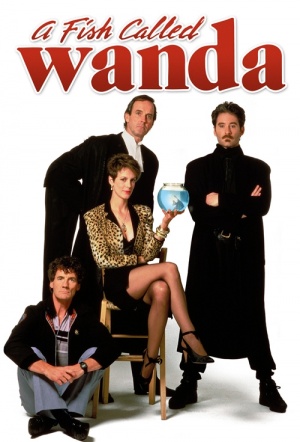 Meanwhile, Otto is making eyes at henchman Ken (Michael Palin), an animal loving multiple dog-killer, who is infatuated with a fish (called Wanda). As the plan plays out, they try to double-cross each other for the loot.

The film has a very macabre honour: in 1989, Danish man Ole Bentzen actually died laughing while watching it. A cardiac arrest struck him down, as his heart rate reached an estimated 250-500 beats per minute. Watch with caution.