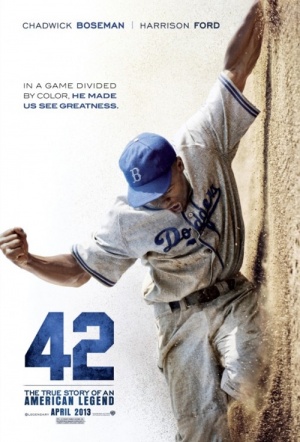 True story of American baseball legend Jackie Robinson who became the first black Major League Baseball player, debuting with the Brooklyn Dodgers in 1947. Robinson is played by Chadwick Boseman (The Express), with Harrison Ford as Dodgers general manager Branch Rickey - who ushered in the batter's career.