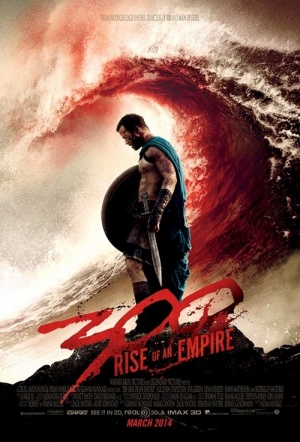 Follow up to Zack Snyder's 300, taking place before, during and after the events of the 2007 original. The action heads to the seas and the Battle of Artemisium, in which Greek ships commanded by general Themistokles (Sullivan Stapleton) take on the might of invading Persian forces, led by mortal-turned-god Xerxes (Rodrigo Santoro) and Artemisia (Eva Green).

This highly entertaining time-filler lacks the mythic resonances that made "300" feel like an instant classic, but works surprisingly well.

There's more than enough to keep you entertained and diverted.

It's flesh and carnage that the audience is here to see, and Murro delivers it by the glistening ton.

The naval collisions and melees play out in panel-like renderings that are bold and satisfying... but lack the momentum and bombastic je ne sais quoi of "300."

Both bloody and dull, even if camply entertaining.

Other than for the pleasure of watching Eva Green try to conquer ancient Greece dressed as a distant forebearer of Catwoman, more is less and a little late in this long-aborning sequel...

The foot-in-mouth direlogue is an Achilles’ heel, but this campy gore-opera is bursting with guilty pleasures.