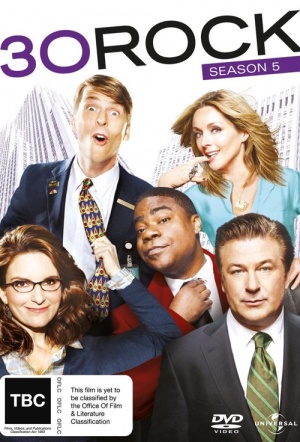 Tina Fey’s comedy series about a dysfunctional TV producer enters its fifth season, continuing to justify its Emmy and Golden Globe wins with a further 22 episodes, including the show’s 100th.

Liz Lemon (Fey) continues to find reasons to feel sorry for herself: accidental marriage, relationship issues, nobody remembering her 40th birthday. Meanwhile, Jack (Alec Baldwin) attempts to further the company in extraneous ways, including benefitting from a disaster that hasn’t happened yet, while Tracy (Tracy Morgan) continues to bumble along the thin line of stardom, despite funding the dreams of his 'so', threatening to break character and gaining his own reality show crew that follow his every move.