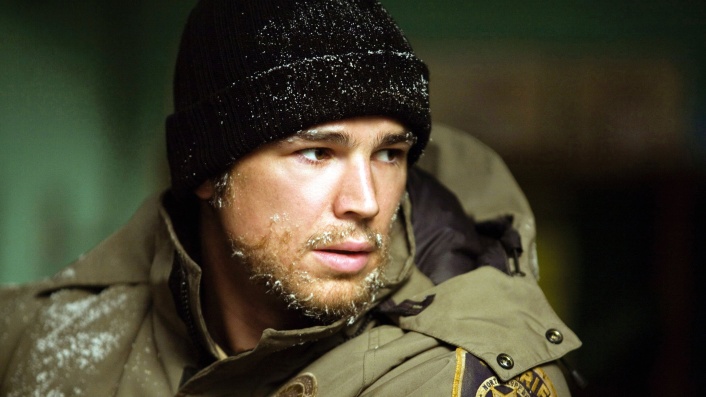 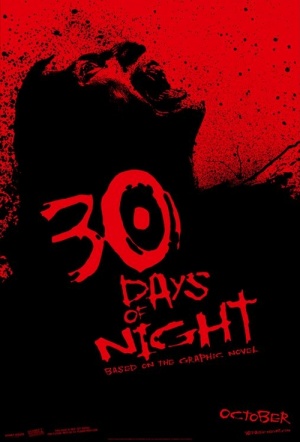 Sam Raimi (serving as producer here) returns to his bloodthirsty roots with this NZ-shot, Alaskan-set vampire movie starring Josh Hartnett and directed by David Slade who made the attention-grabbing 'Hard Candy'.

Based on a series of graphic novels, the story centers around the height of winter in northern Alaska when the sun doesn’t rise for a month. ‘Tis a bitter time and most locals split town. This winter a gang of pale faced vampires show their hideous selves, making the most of the darkness. They slaughter the community leaving only a handful of folk alive including the Sheriff and his wife (George). They try to deal with the rather large issue, and try to stay alive until the sun comes up.
2008114 minsNew Zealand, USA

A good concept involves a band of vampires migrating to an Alaskan town to enjoy the 30-day darkness of a northern winter, and feeding on the handful of hardy residents that live there. Filmed on a soundstage in West Auckland, the Alaskan snow-covered town feels scarily claustrophobic. The graphic novel origins are clearly referenced and the visual effects are very good. Throw in some attractive lighting and you have a good-looking film.

Excels at bloodthirsty action, though dialogue and human-interest aspects are a tad anemic. Result is a mixed bag but has a catchy premise and quite enough splatter to satisfy gorehounds.

[Director] Slade is clearly of the opinion that more is more, so there is lots of blood, lots of gore, and lots of vampires in black coats standing around as if auditioning for a remake of the Michael Jackson Thriller video.

A well-paced and entertaining horror debut...

It's all pulled off with a firm sense of the fun in being scared.

A failed attempt at making a high-brow vampire flick, but good fun anyway.

At almost two hours, the premise outstays its welcome by about 20 minutes and its climax will only appease those who enjoy elongated Captain Kirk-style wrestling matches. The plot also raises more questions than answers. How come the sheriff gets asthma halfway through the movie? And how do they know how many nights until the next sunrise when there are no visible clocks, no-one seems to wear a watch and the light never changes?

A vampire thriller with a deep, easy command of the genre, a very strong stomach as far as gore goes, and an inspired setting.