I remember how bad TWO LITTLE BOYS was and being pleased that FLICKS, rather than tugging the patriotic Kiwi line of just praising blindly anything shot here, were brave and honest enough just to tell it like it was. Well, deja vu - because THREE MILE LIMIT is a great true story, poorly produced and badly told. We make some great films here in God's Own - but three stars is pretty generous for a film that, in my opinion, had it been a Hollywood release, would have sunk without trace under a barrage of bad reviews. The fact is - it's ok - but it's just not very good, not very well made and not very engaging. If adverse opinion like mine upsets the film's makers then good. It should. I was upset too - gambling time and money on their movie and losing out on both counts. It's worth seeing if you don't know the story on which it's based as a general introduction and there are a few good scenes and good actors - but in the end - it's a bit of a lost opportunity. 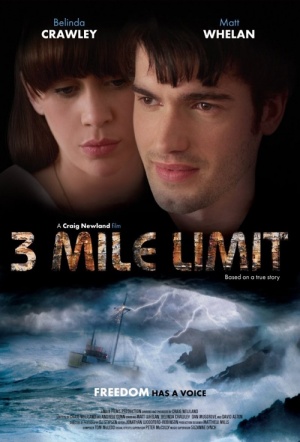